Light in the Darkness illuminates the injustice that two-thirds of people living with blindness and visual impairment are women and girls in developing countries.

As a female who has extremely impaired sight without the aid of contacts and glasses, I understand the impact of good vision and the importance of telling these stories with truth and integrity. Working with the Seva Foundation has allowed me to educate communities around the world about the global issue of blindness and the gender disparity in eye care and how they can help end this crisis. Vision is admittedly something I've taken for granted. Living in a first world country and having decent healthcare I've been able to wear glasses since the age of four. When I was old enough I purchased contacts and have wonderful vision with them. Working on this project convinced me to spend some time without the aid of either. It was crippling.  Going into mountain villages and remote areas and seeing what many individuals deal with on a daily basis made my heart hurt. Poor vision is something that cripples the mightiest of souls.

Globally, 39 million people are blind and 246 million more are visually impaired. Eighty percent of these people can be treated with basic eye care or a simple surgery, giving 228 million people their sight back. In developing countries, women and girls are far less likely to have access to eye care services because of barriers like lack of education, financial resources and limited decision-making power. These barriers mean women and girls are disproportionately afflicted with poor vision; they make up a staggering two-thirds of people living with blindness and visual impairment. With good vision comes both individual and economic gain. Sight restoration provides a gateway to becoming contributing members of society and leaving the cycle of poverty. Additionally, restored sight transforms many lives, both allowing a blind or visually impaired person to regain independence and releasing their family members from the burden of caretaking. By increasing awareness about the importance and accessibility of eye care, individuals can be empowered to take responsibility for their health and lives and can work together to build healthy communities. 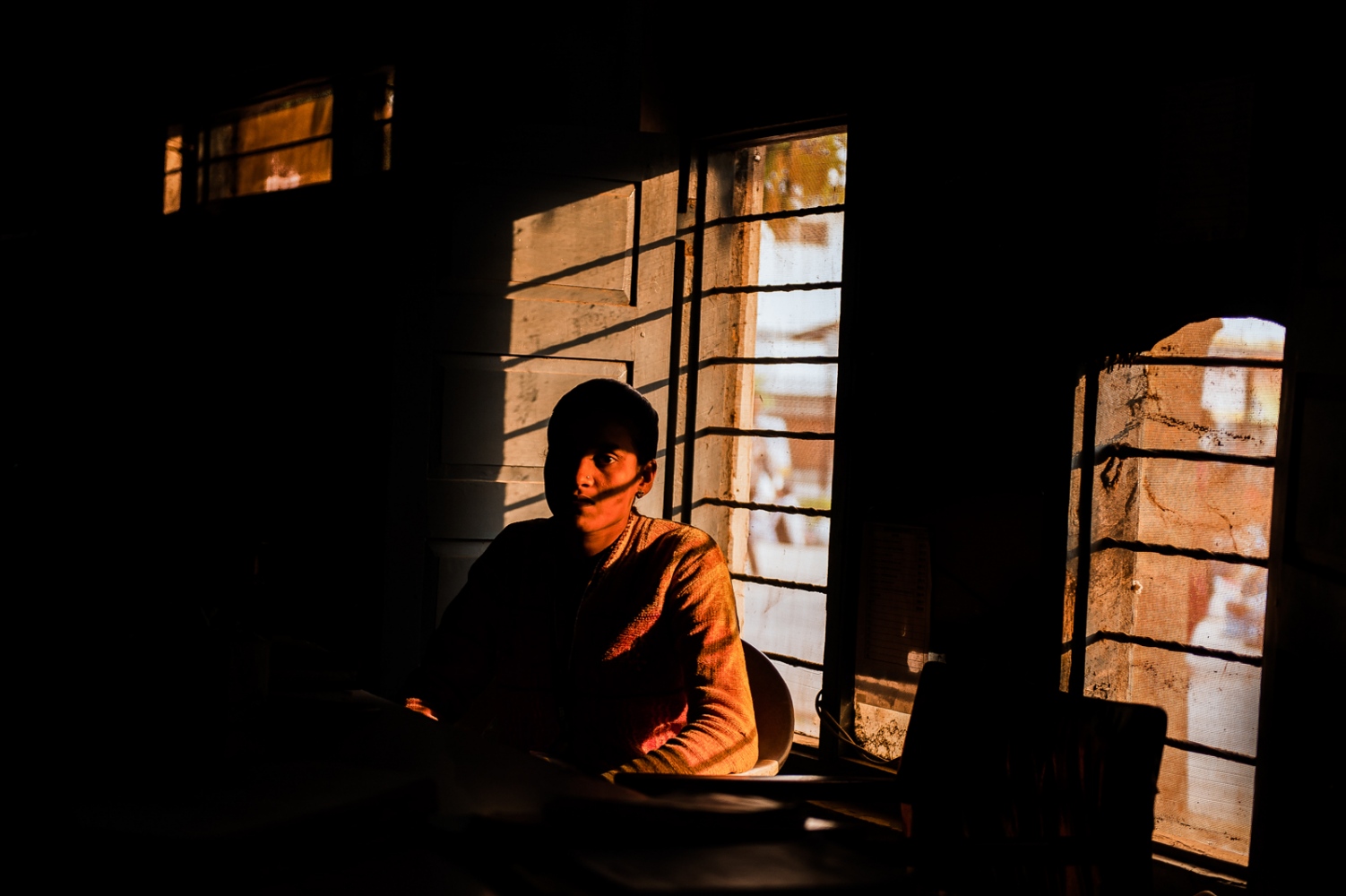 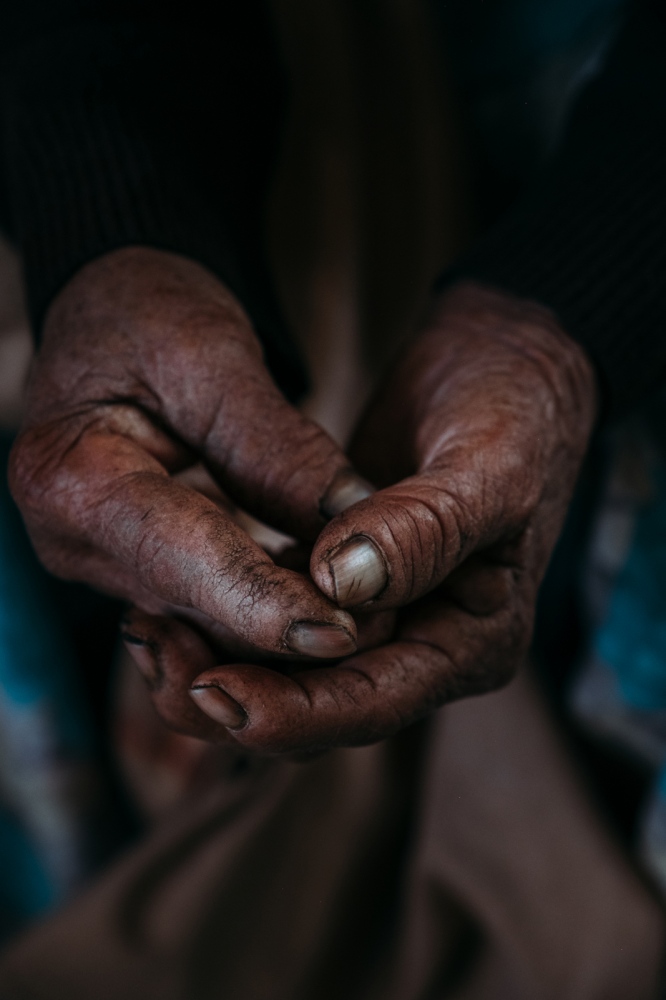 Chandra Maya Garung works in the rice paddies with farm animals, but the work is incredibly difficult because of her eye pain and blurry vision. Unfortunately, both of her brothers died so she relies only on her daughter-in-law for support. Chandra-ji tells us that her daughter-in-law has a lot to learn about working on the farm and wants to teach her, but can't because of her eye pain. 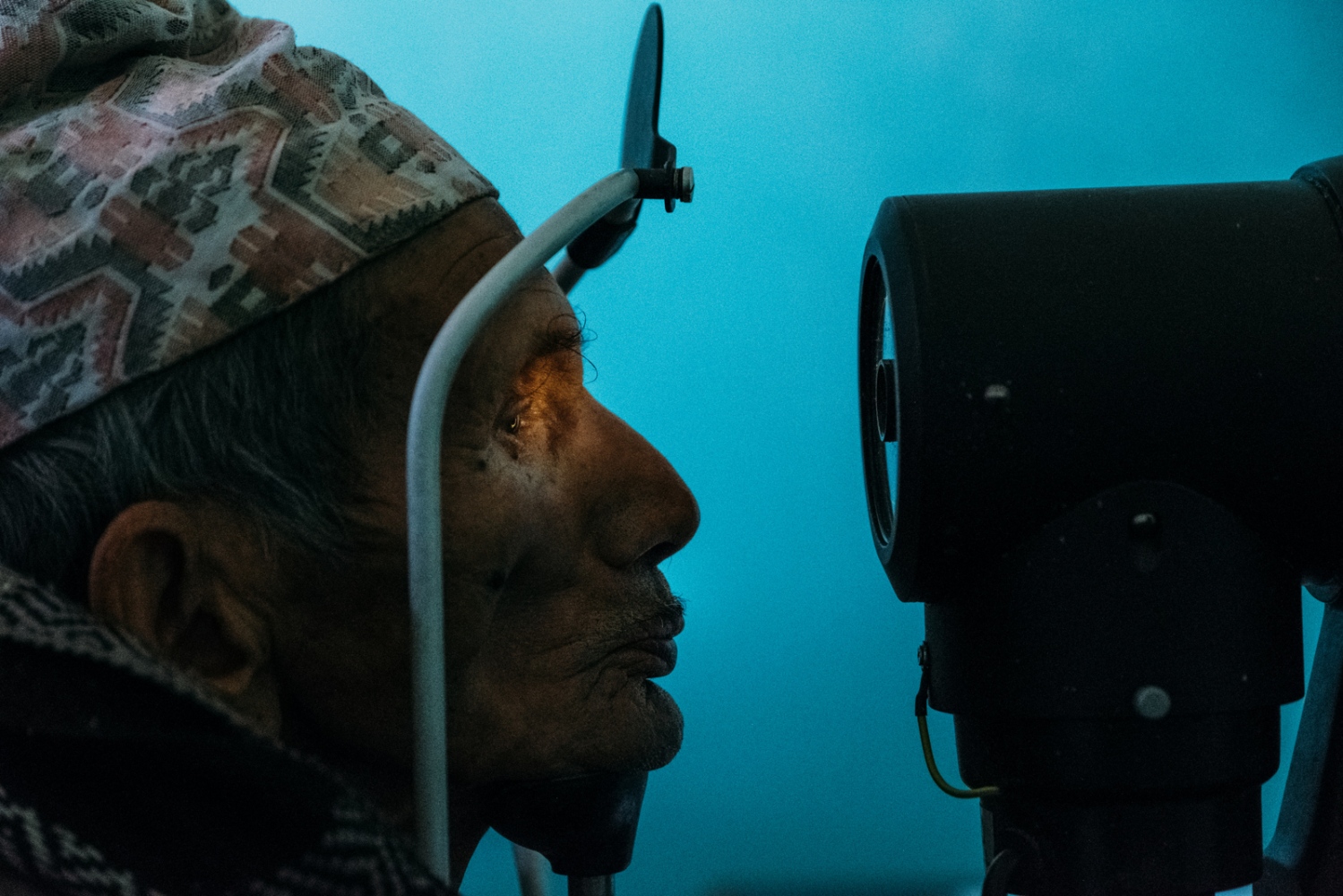 Chandra Bdr. Mangrati 78 yrs. old has his eyes auto refracted in a multi day vision clinic in Taplejung, Nepal. Many of the blind are elderly and living in poverty. Having vision restored provides them the opportunity to change their circumstances. 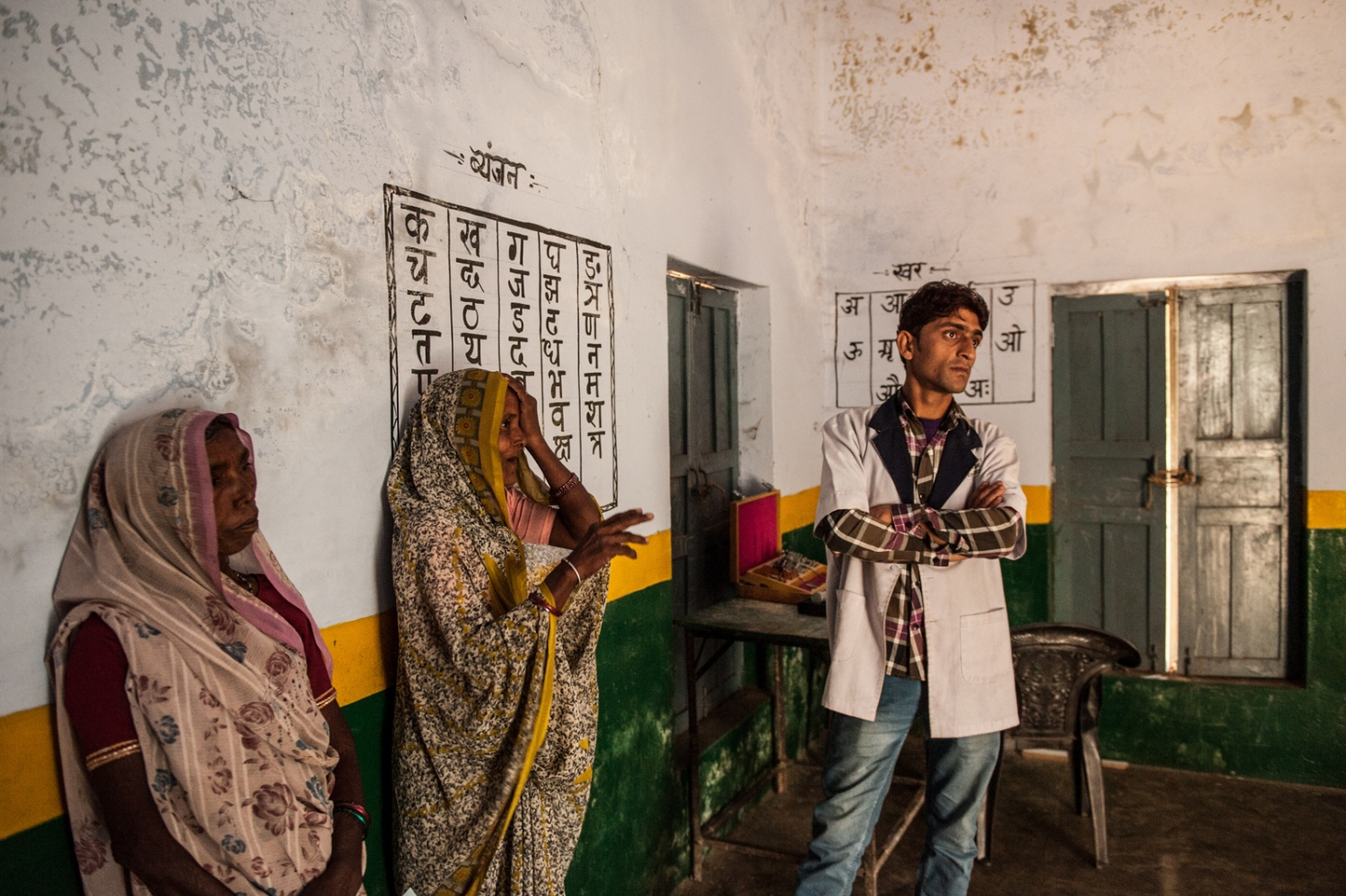 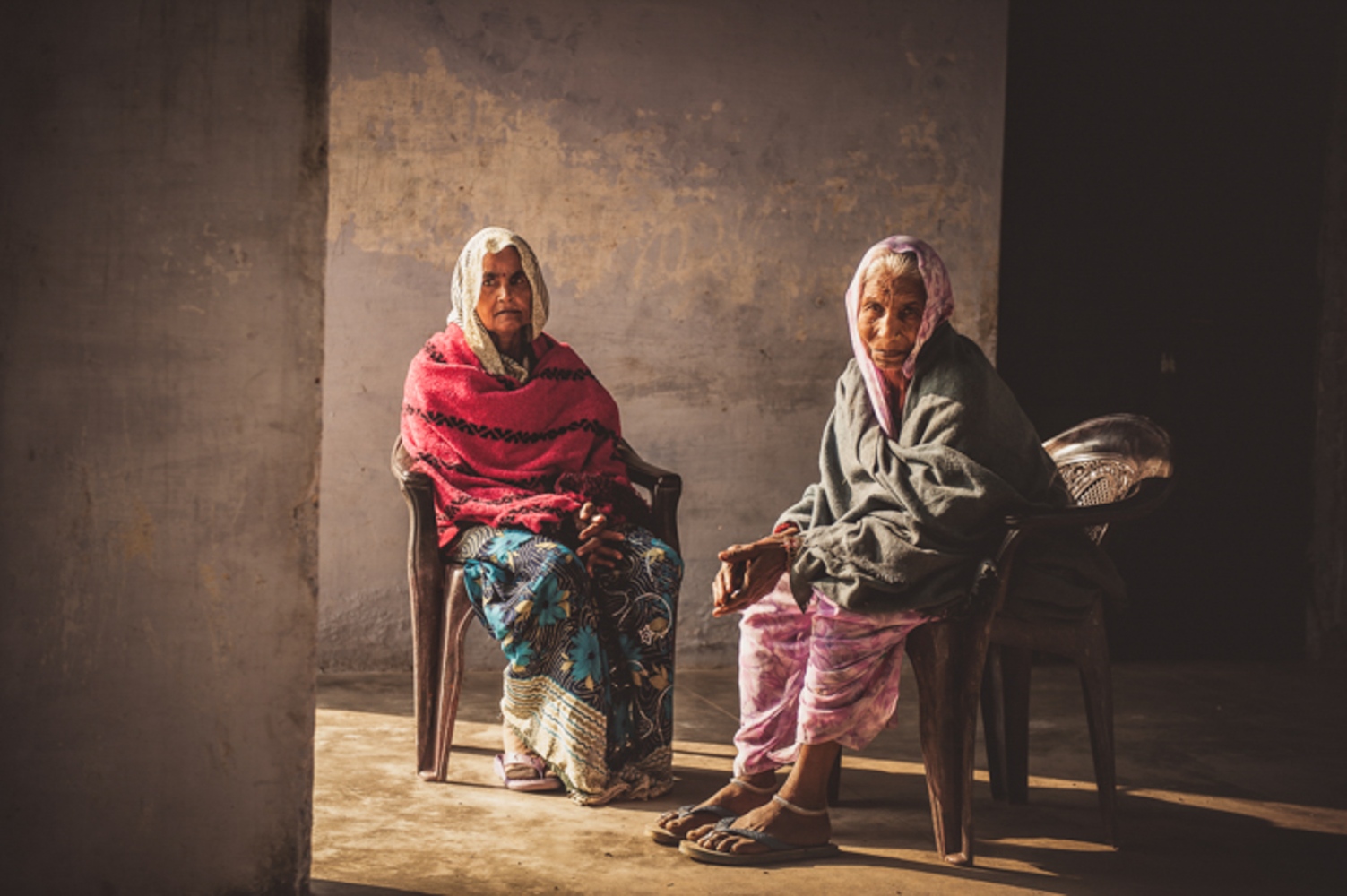 Women sit outside of a medical camp near Chitrakoot, India. 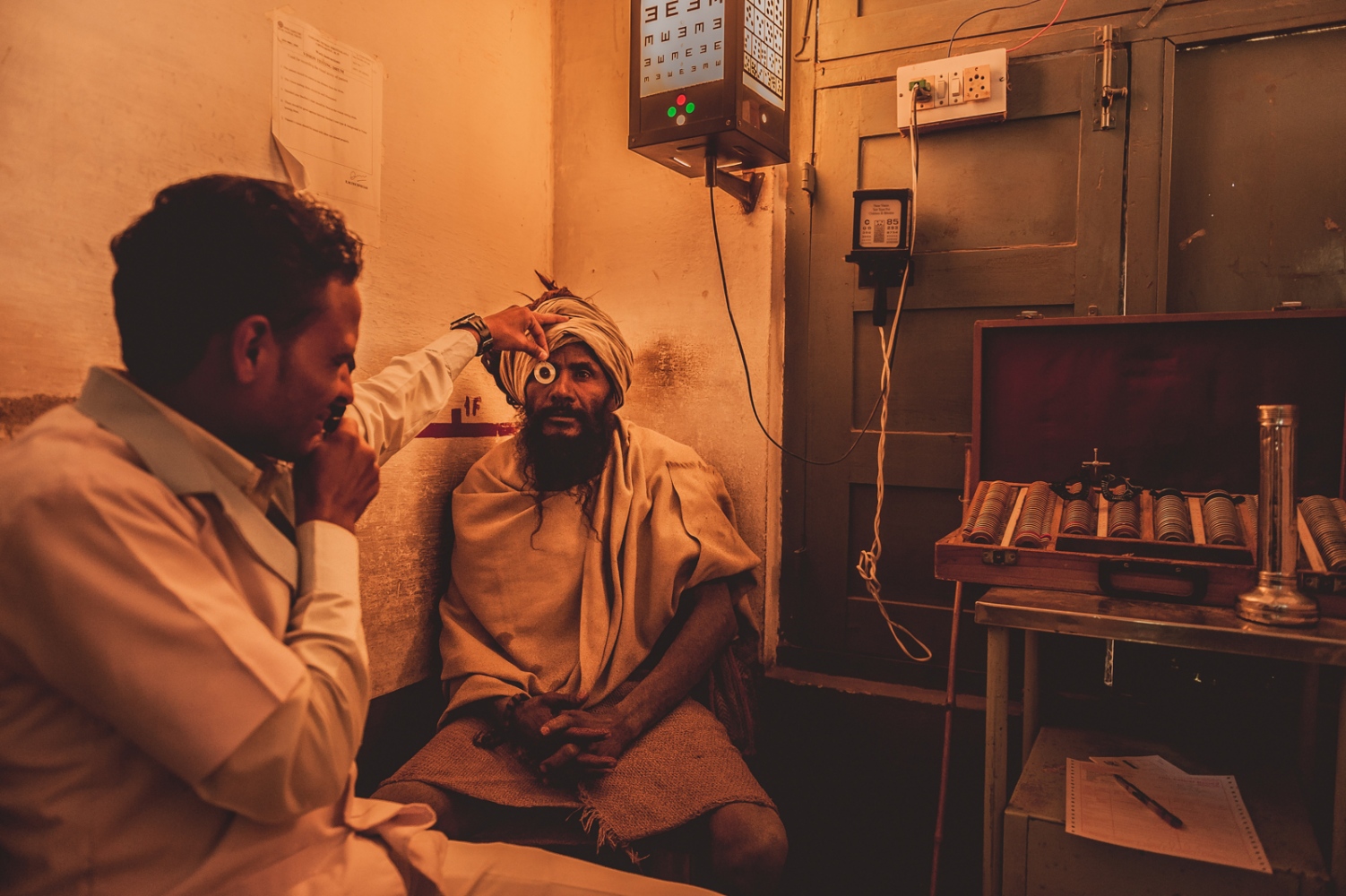 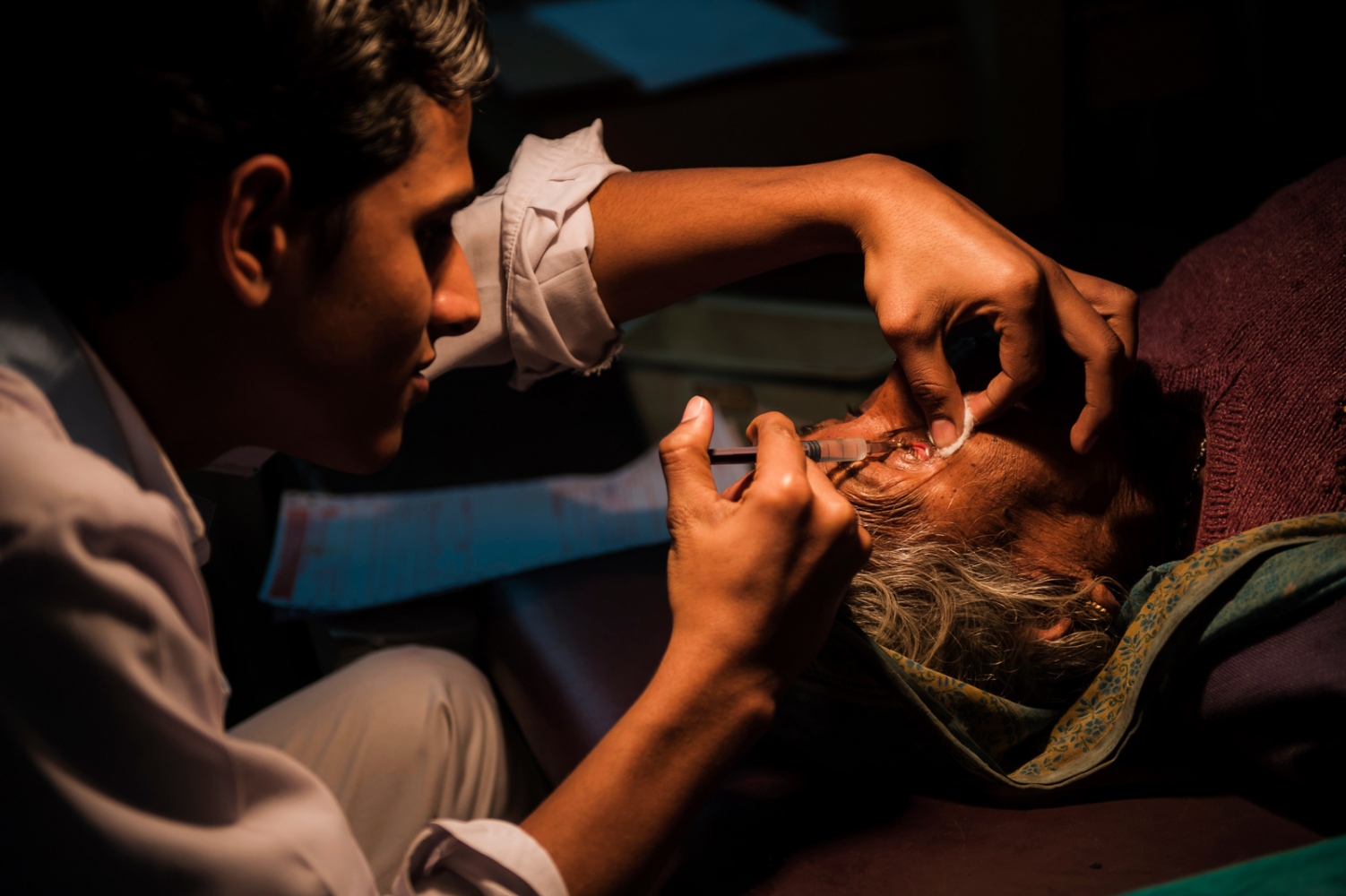 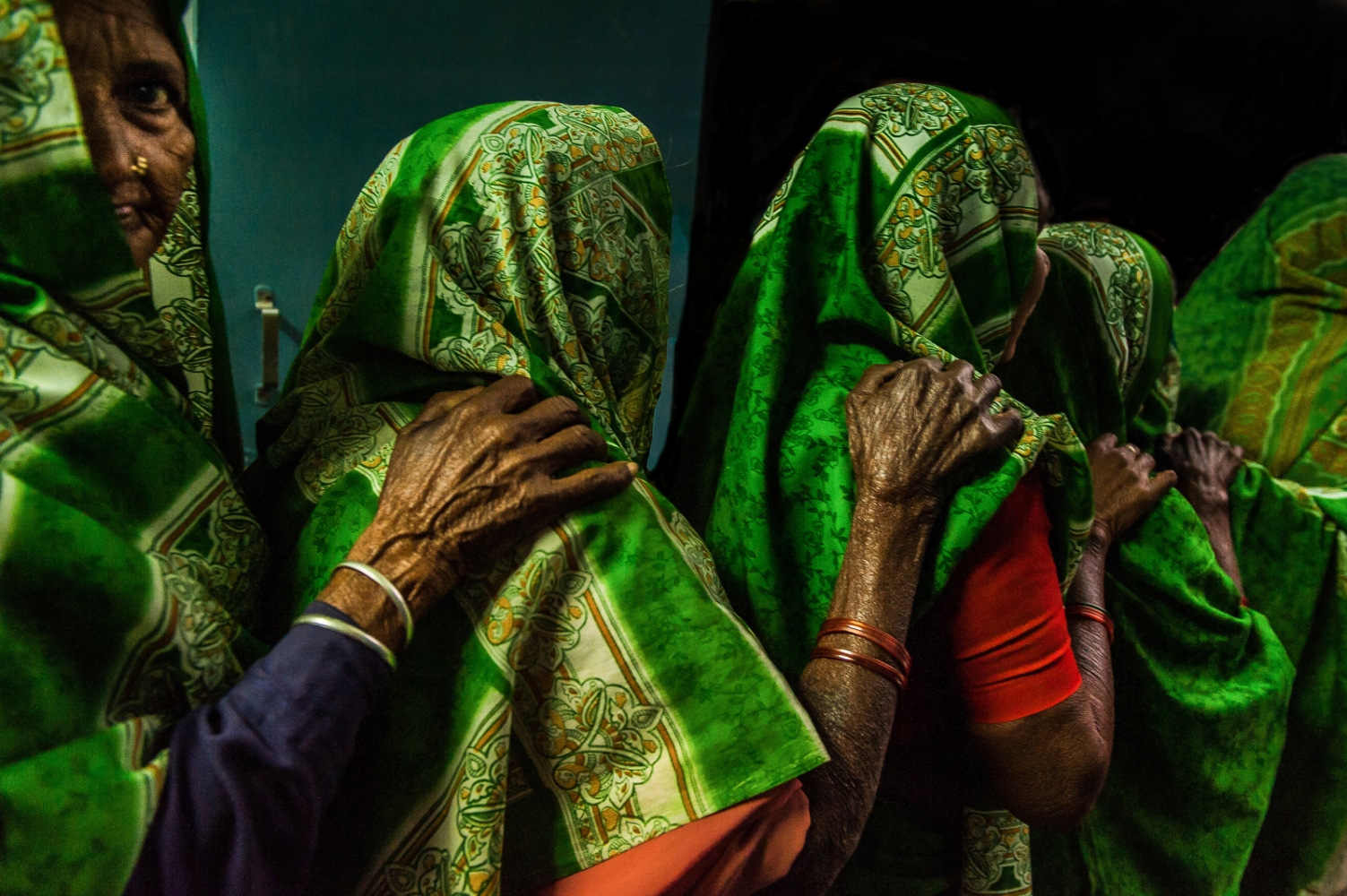 Women guide one another as they walk to the operating theatre in Chitrakoot, India. All evidence indicates that women and girls bear the greatest burden of poverty and disease in the world today. Some of the barriers women face in seeking treatment relate to marital status, limited access to financial resources, family bias toward favoring wage earners, and restricted ability to travel. Poor sight and blindness put women in greater danger. 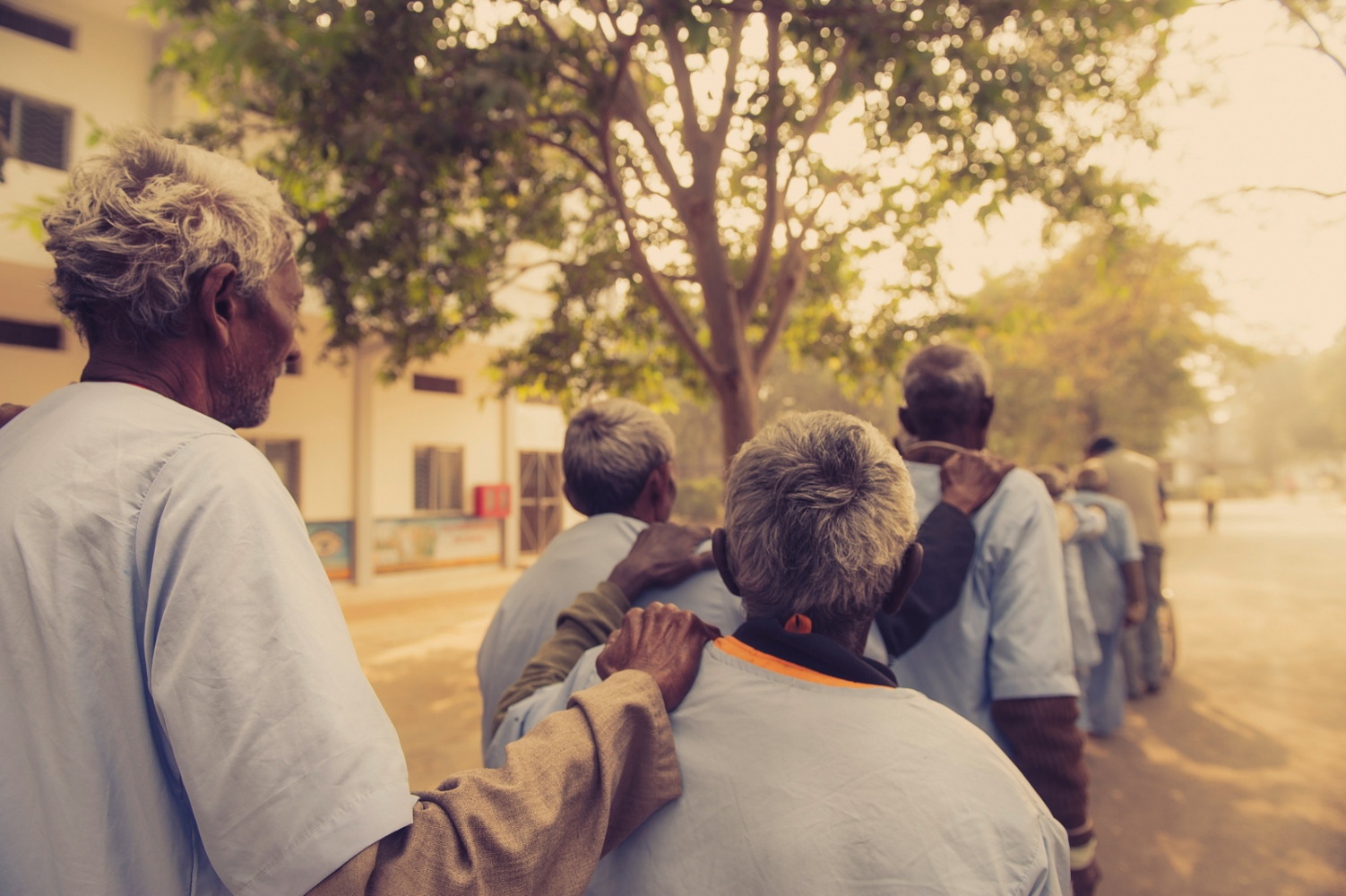 Men hold shoulders for guidance as they walk towards the operating theatre in Chitrakoot, India. 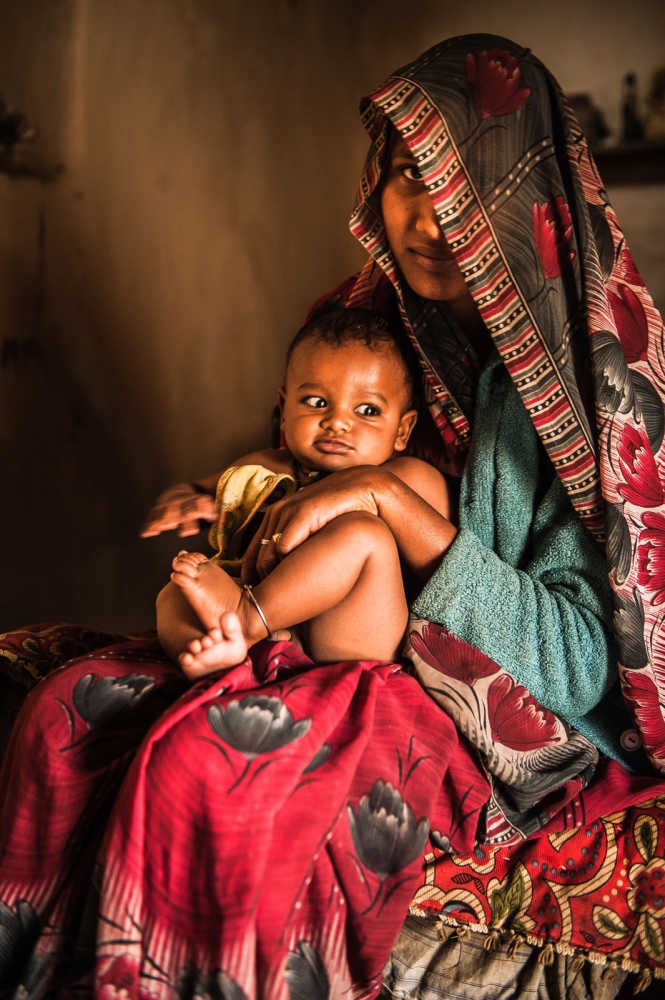 Mother and child at home before getting in the bus that will take them both to the main hospital in Chitrook. The mother will have cataract surgery while the child is taken care of and both will be returned to their home post recovery. 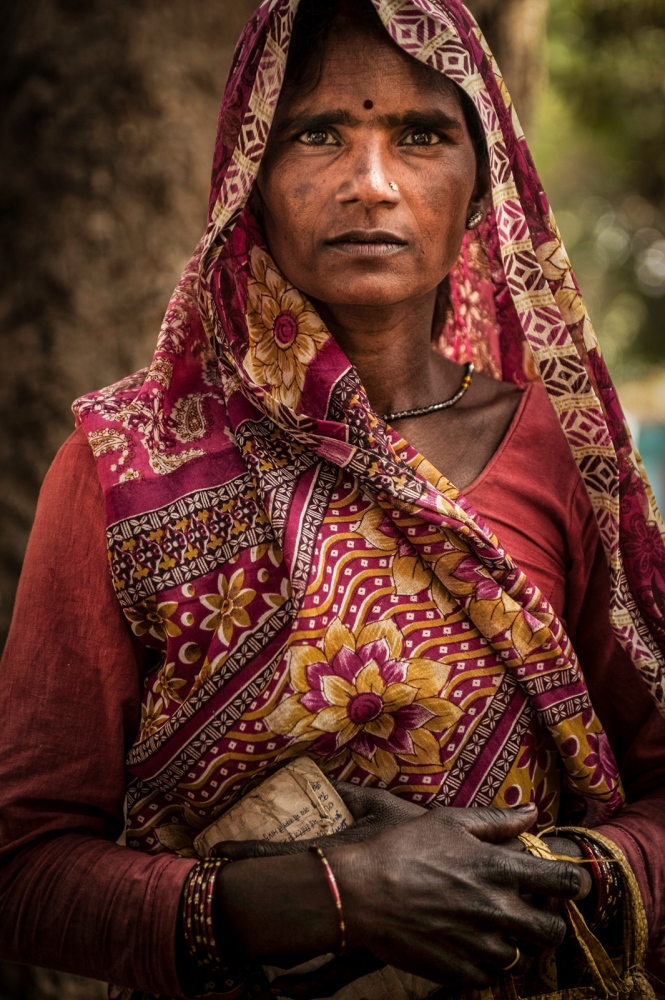 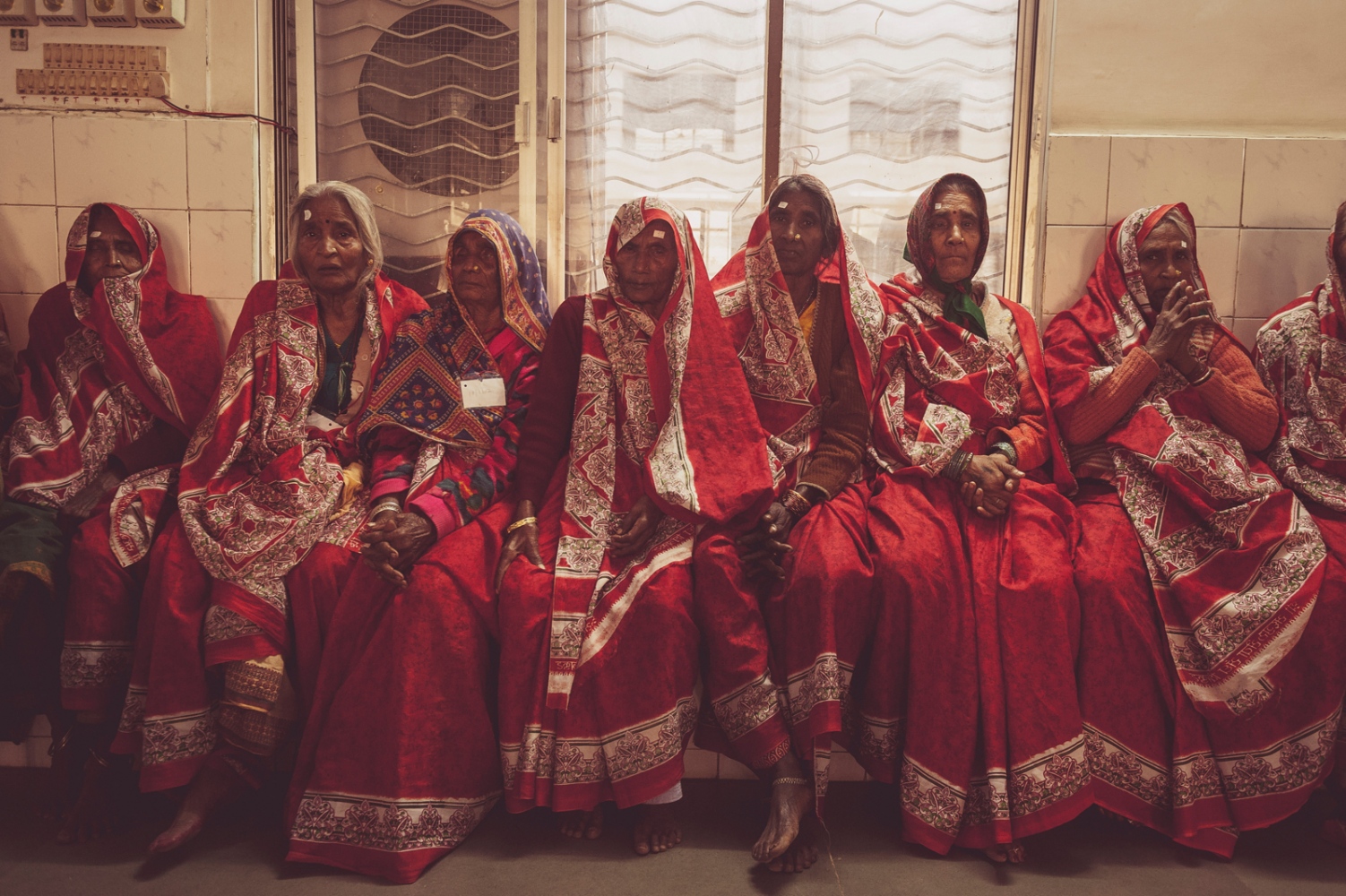 Women wait in their surgical sarees to undergo cataract surgery in Chitrakoot, India. Male adults and children are often given preferential treatment by their families and are more likely to receive eye care should they need it. Seva partners to provide outreach and education, community screenings, transportation arrangements, and affordable care to ensure women and girls can access life-changing services and avoid visual impairment and blindness. By helping our program partners improve their data collection, we can accurately track how many women and girls are receiving services. 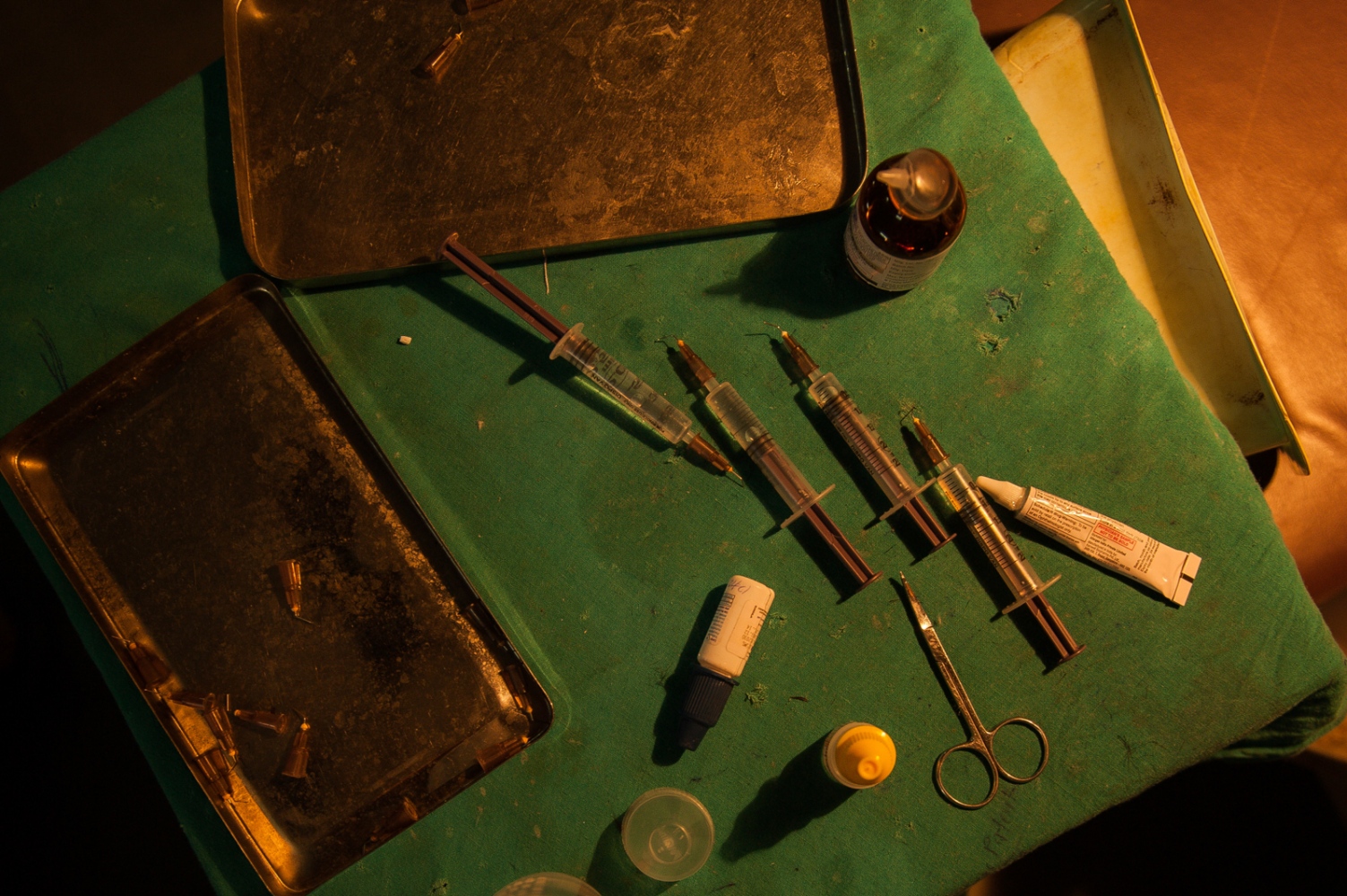 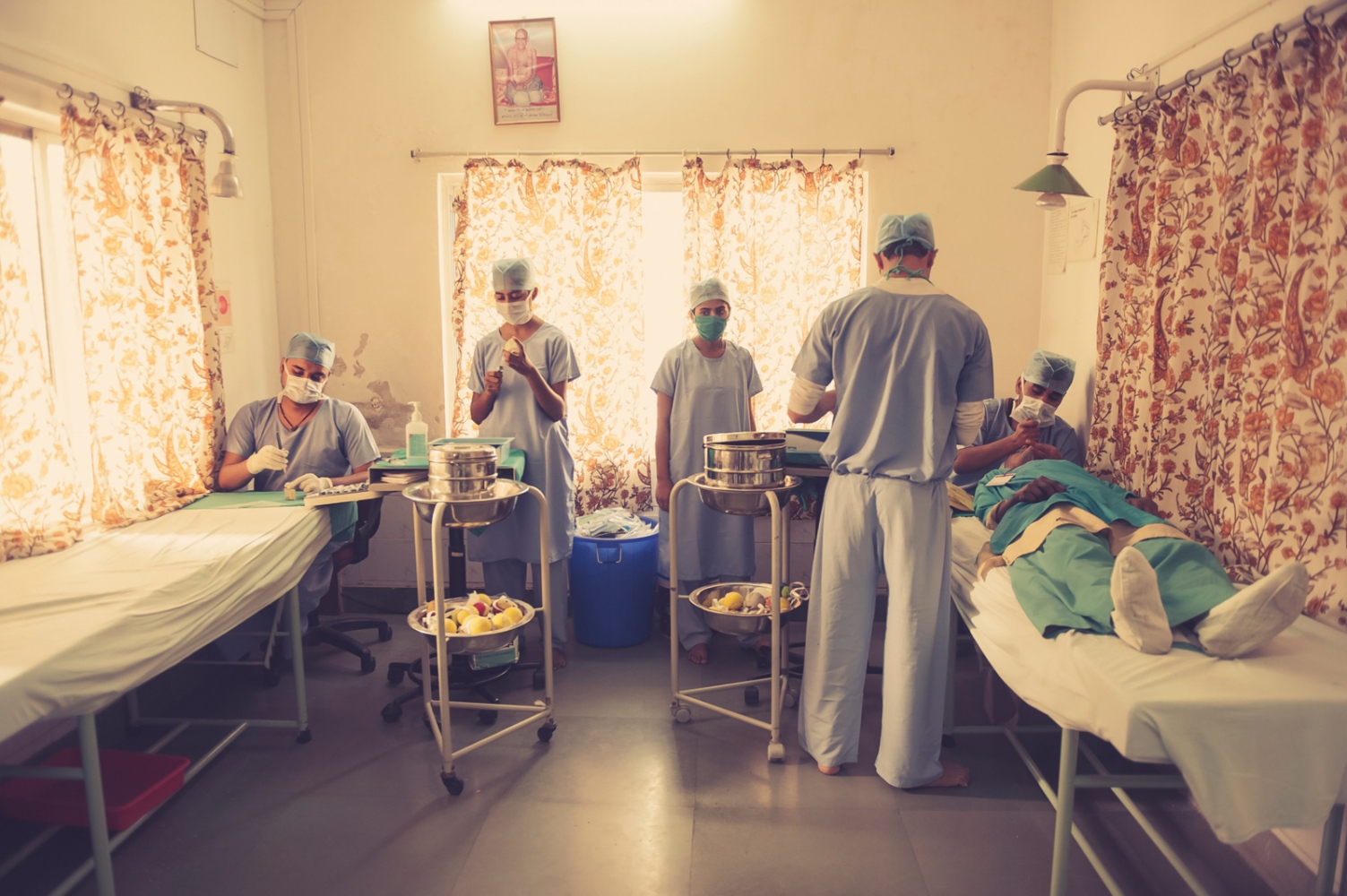 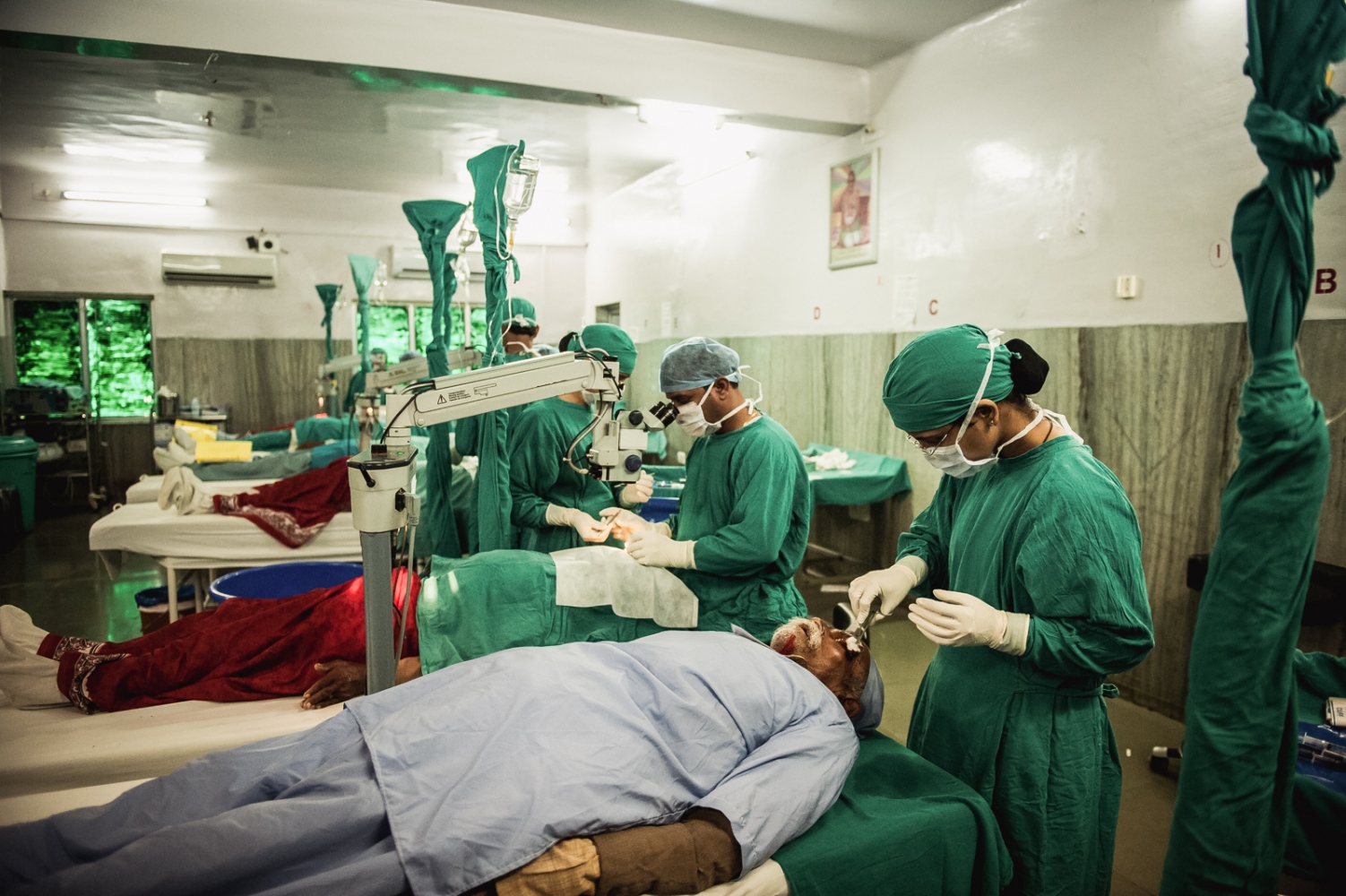 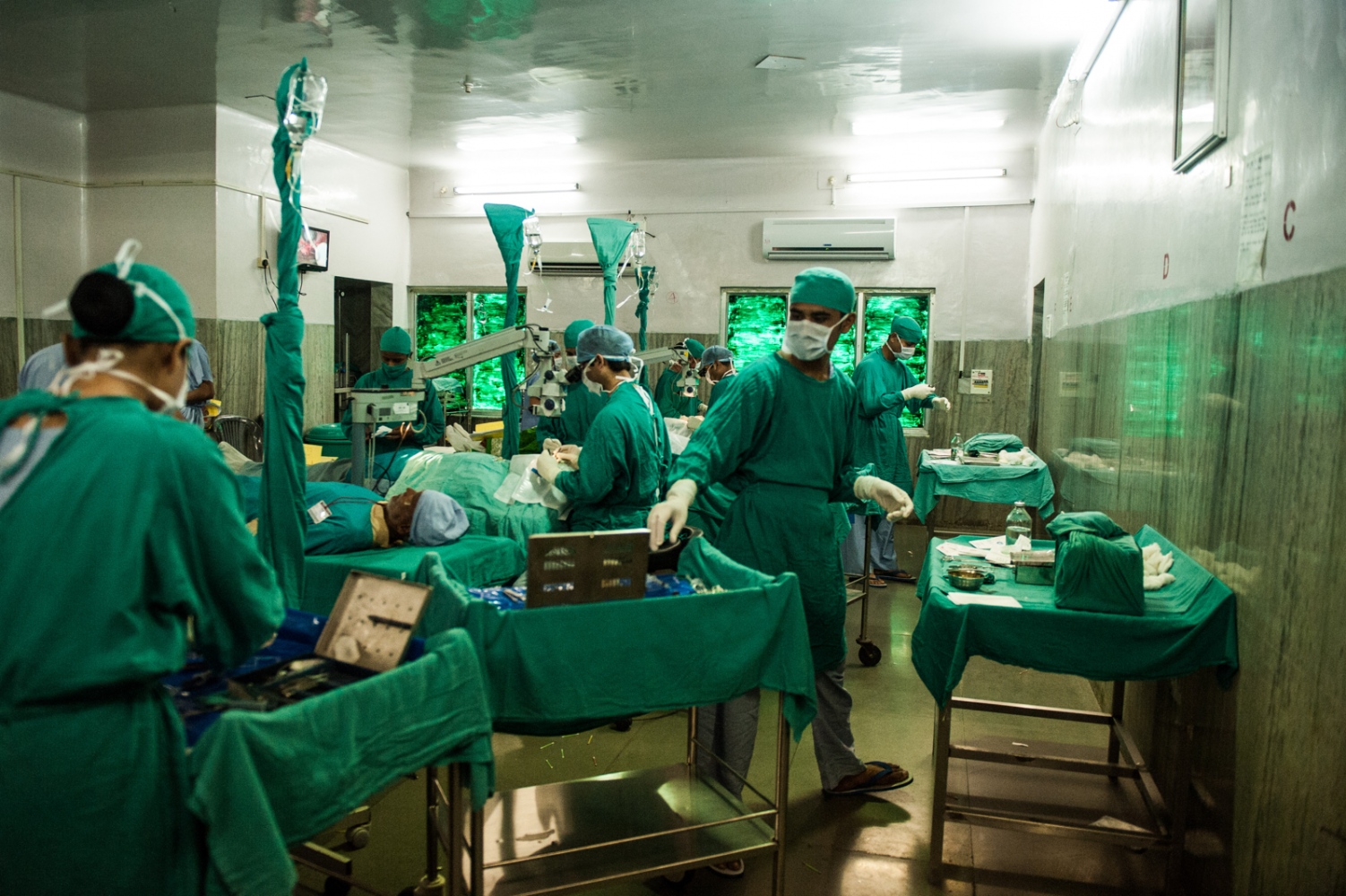 Inside one of the five operating theatres multiple patients can by operated on at the same time. Patients are awake and able to walk both pre and post operation. Chitrakoot, India. 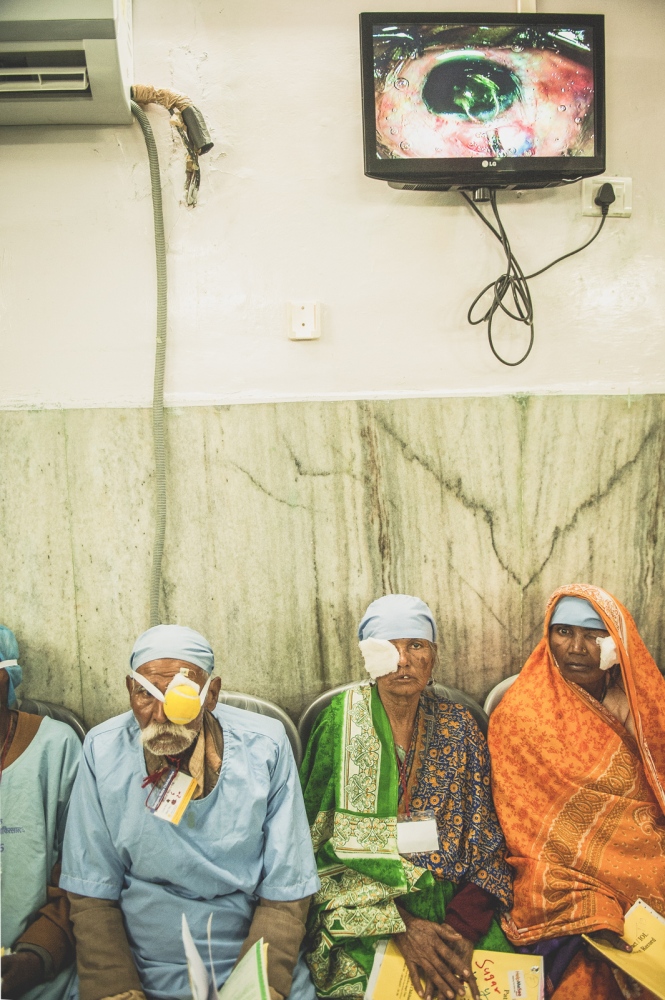 Ganpot and patients wait inside the surgical theatre. Operations in progress are shown on the video screen above while tennis balls are used to hold gauze over the numbed eye. 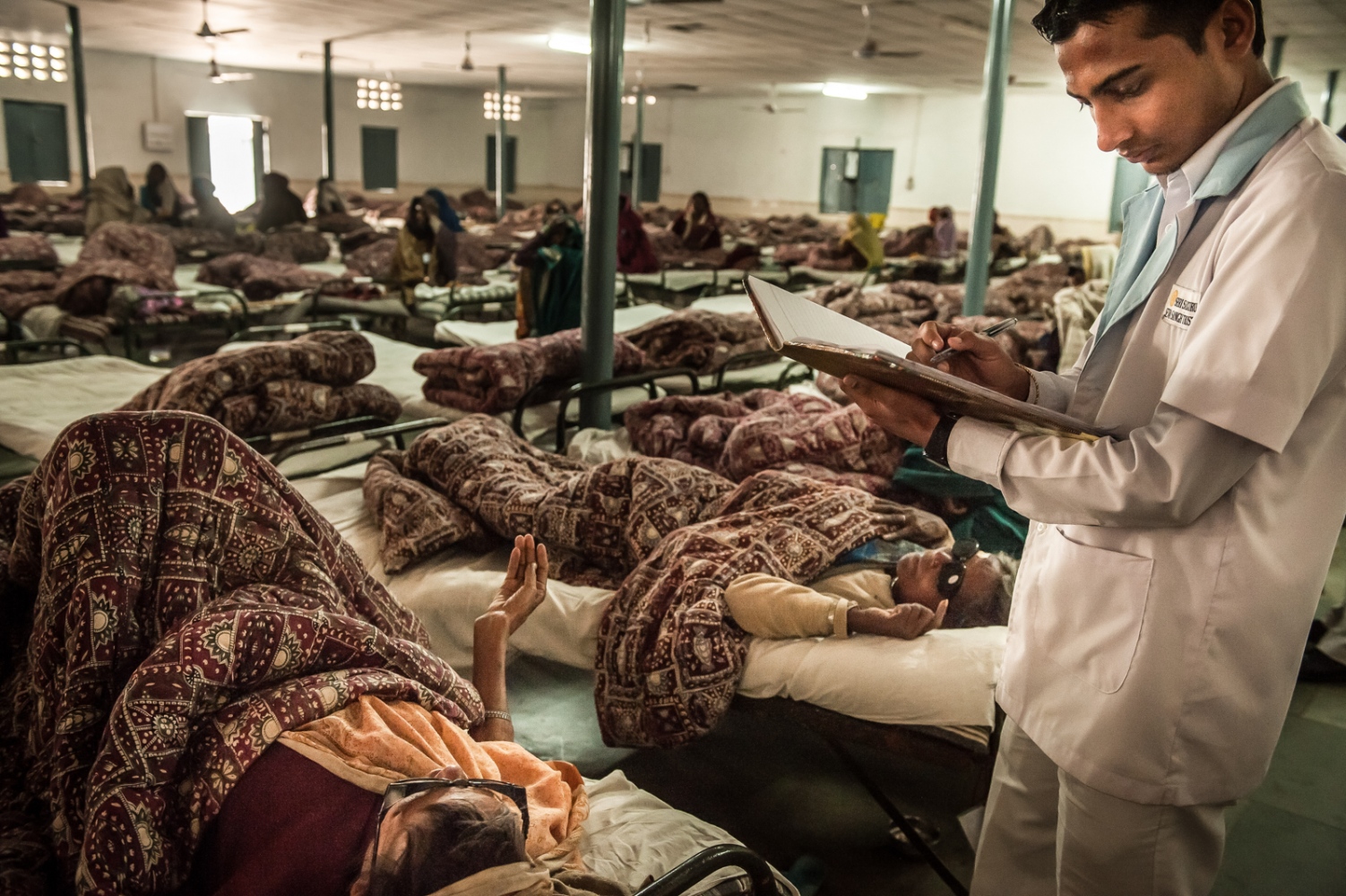 Women in the recovery ward. 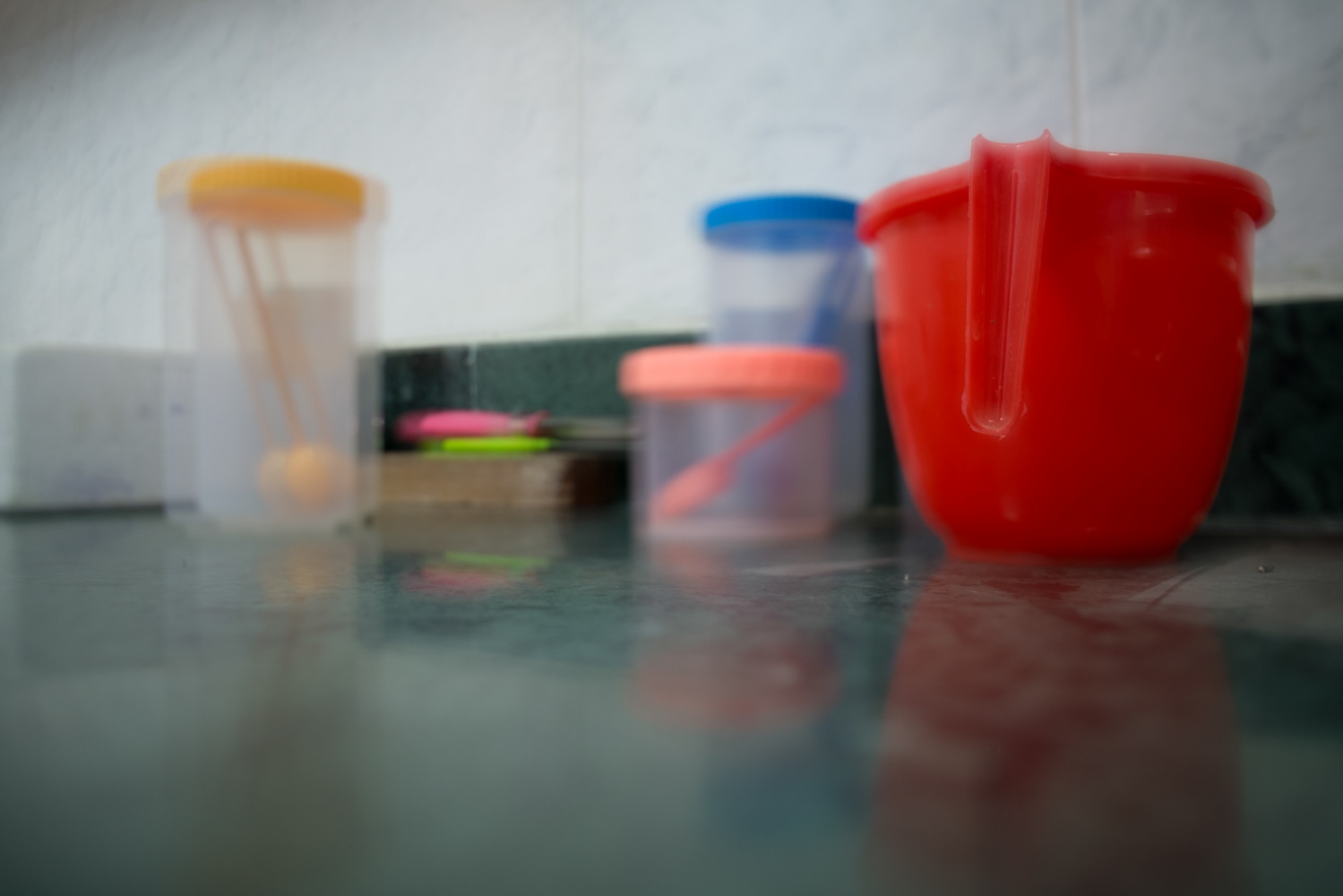 Part of the recovery process includes visual training. Mock kitchens with brightly colored objects are set up to help individuals learn to make their way around a home with minimal vision. The hope is that for those whose vision cannot be repaired, the individual can learn how to make modifications to live a more independent life. 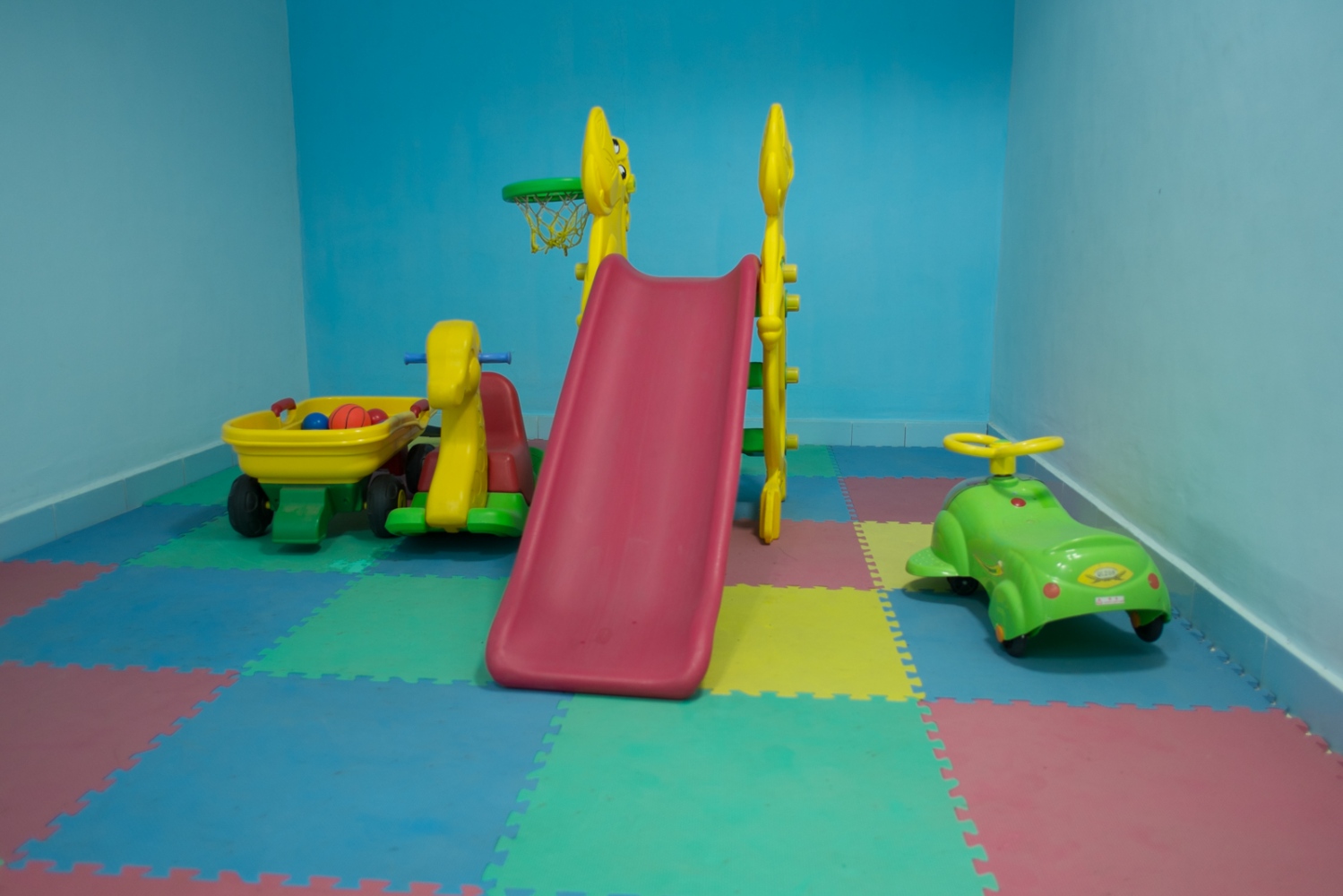 A brightly colored children's play room is available to young ones with impaired vision. 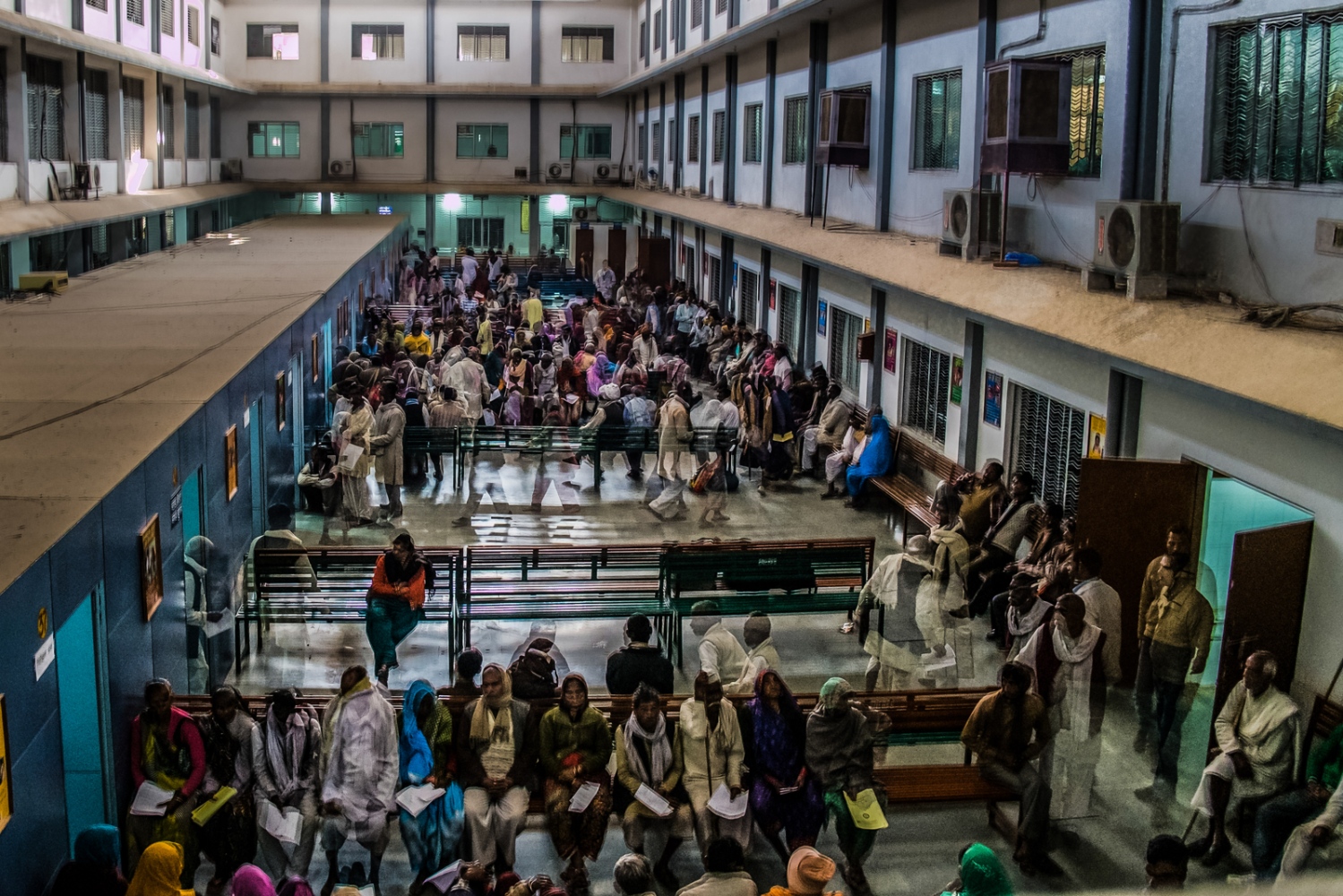 Sadguru Netra Chikitsalaya (SNC) hospital lobby in Chitrakoot, India. (SNC) is a pair of rural hospitals that perform high volume eye surgeries with the mission to provide “food for the hungry, clothes for destitute and sight for the blind.” SNC endeavors to provide quality eye care services to all sections of society, emphasizing the economically underserved. For low-income patients, treatment is free. For those with middle income, treatment is subsidized and individuals from higher income brackets pay the full service fees. This scalable payment system allows SNC to be economically sustainable. 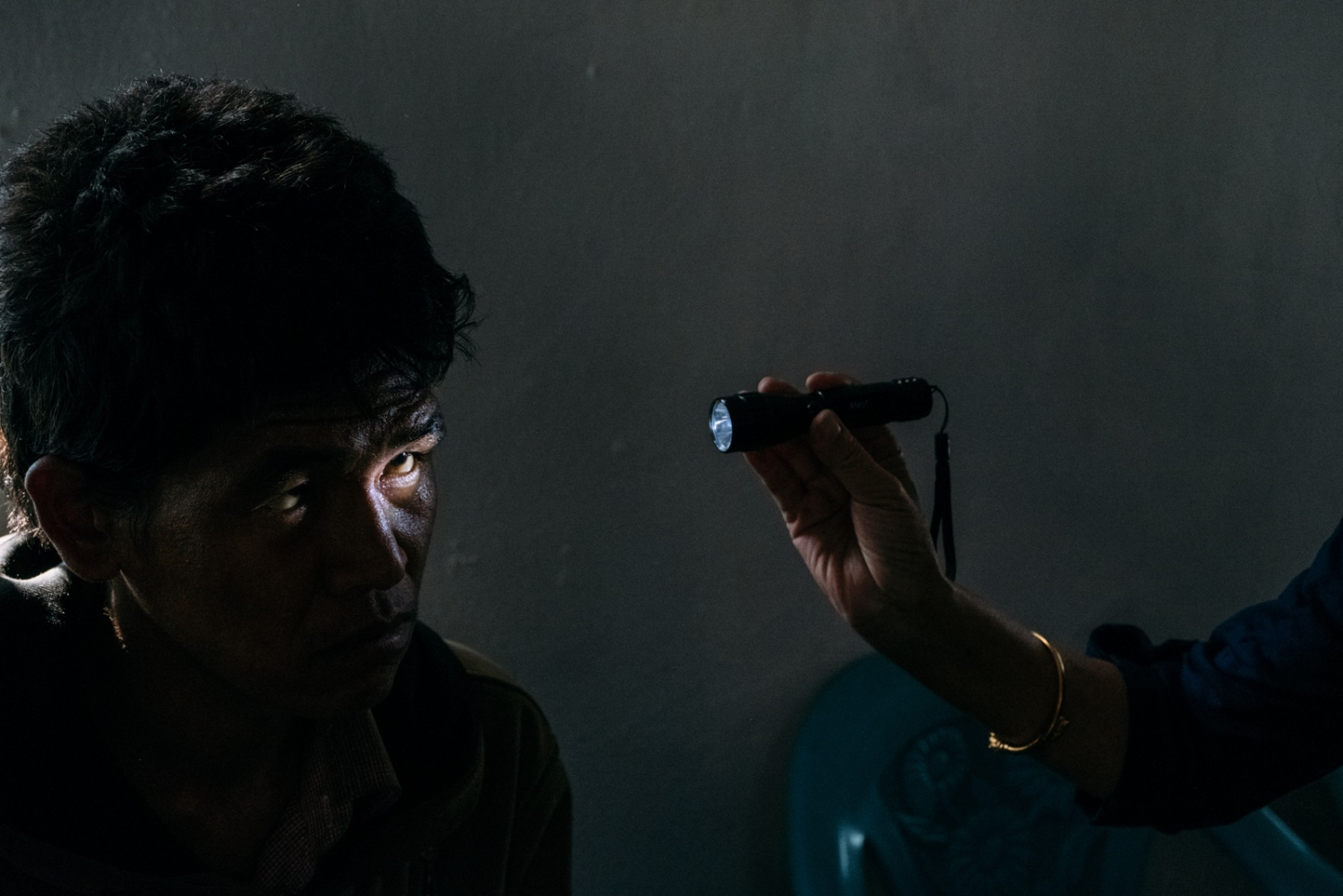 Pasang Sherpa, 28 yrs. old undergoes a vision test at an outreach center in Taplejung, Nepal.
Pasang was led to the clinic by the hand of his brother and caretaker Dawa. Dawa explains that his brother has been blind since birth. Without proper diagnosis of his disabilities surgical outcomes were unknown. Post surgery sight was restored in his right eye. When Pasang first looked at his brother he showed no emotion. Even though the brothers looked almost identical, he had never seen his own face. Both brothers left in tears but they did not need to hold hands. Pasang will return shortly to have an operation of his left eye. 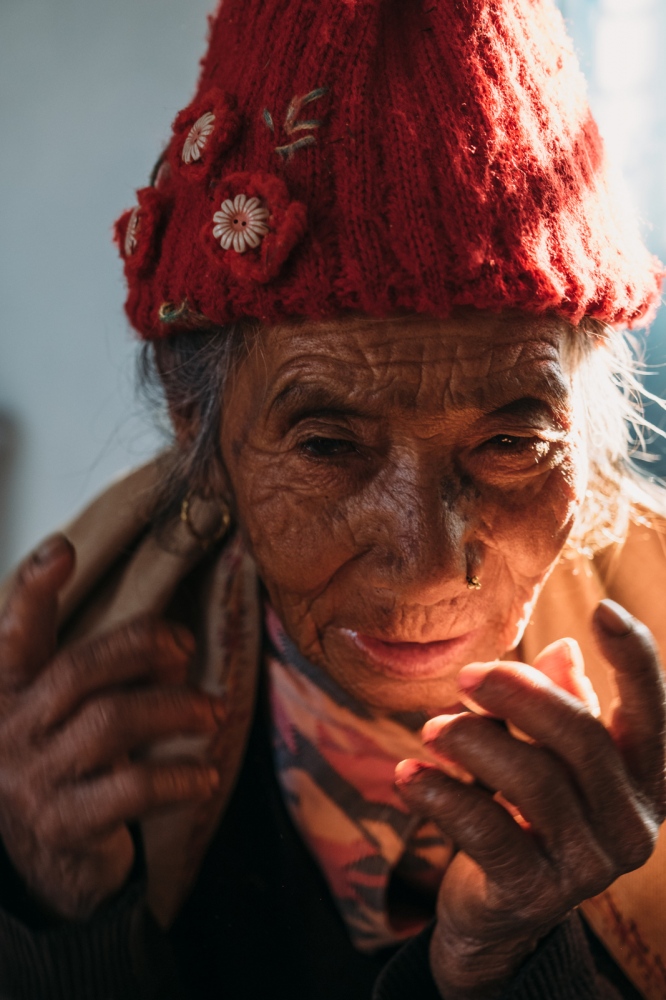 “I’m old but I’m not dying!” Chandra Maya Garung says as she chuckles. The 84 yr. old, made the journey to the Taplejung clinic by herself. With her vision restored from a successful cataract operation Chandra explains “everything will not be so hard now! I can work in the field with my animals! I can cook! I can feed myself.”